From colonial labour to future opportunities: New perspectives for the coal mining heritage in Sawahlunto (Indonesia) 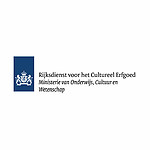 UNESCO recently listed the Ombilin coal mining heritage in the city of Sawahlunto in Indonesia as a World Heritage Site. This showcases an important example of technological pioneering, that also speaks to the violence of Dutch colonial rule. In this talk we will delve into the past, present and potential futures of Sawahlunto’s coal mining heritage. Through the lens of the heritage cooperation between Indonesian and Dutch historians & heritage specialists.

The history of the city of Sawahlunto is deeply entangled with the Dutch colonial past: the Ombilin coal mine in Sawahlunto was developed by the Dutch East Indies’ government in the late 19th century and early 20th century to extract, process and transport coal. The Ombilin site represents an important example of technological pioneering. But it also shows the harsh working conditions during Dutch colonial rule, given that the company relied on forced labour. Sawahlunto’s existence base has gradually decreased since the mines’ closure in 2002. Today, the city is exploring how the existing coal mining heritage can be put to use to tackle current needs. This involves looking back at its history, but also at the current socio-economic and environmental challenges. In the past few years, Indonesia and the Netherlands have been working together to understand the history of this coal mining heritage and its relevance for today and for the future. During this talk, Indonesian and Dutch historians and heritage specialists will share and discuss the results of their cooperation and explore possibilities for further collaboration.

The moderator of this event is:

This is an online live event.

More information on how to join this event can be found on the website of the Cultural Heritage Agency of the Netherlands: https://www.cultureelerfgoed.nl/actueel/agenda/2021/10/21/from-colonial-labour-to-future-opportunities-new-perspectives-for-coal-mining-heritage-of-sawahlunto-indonesia